His antics, pranks and jokes endeared him to his family who encouraged him to just leave them alone. Eventually, he got involved in theatre, film and broadcasting in high school having performed in one act plays and was a stage manager for the school play. He did the same at Suffolk University, getting involved in theatre, radio and TV.

Despite the call of the entertainment industry, Giovanni yearned to write so he became a journalist, covering news and sports in the region for several years. He worked for several local and regional newspapers including the Lawrence Eagle Tribune, Woburn Daily Times, Wakefield Item, Middlesex News as well as an occasional contributor to the Boston Globe, the Boston Herald and national magazines.

The newspaper industry started to shrink with the popularity of the internet. After 12 years in the newspaper business and a child in the oven, he switched careers to accounting on the premise that accounting jobs would always be available unless capitalism fell. So he became a CPA, but his creative side wouldn't go away. Instead of creative accounting, he turned to comedy which really put him on the partner path at a big accounting firm. Intrigued by the show Whose Line Is It Anyway?, Giovanni started practicing short-form improv.

On a ski-weekend in New Hampshire with 40 of his closest friends, he started performing karaoke at a ski-party. Next thing he knew, him and a friend were dancing and singing a Talking Heads song with red bowls on their heads. His friend then extended an invitation to come meet a special group of friends at an undisclosed location. How could he refuse that?

A week later he met the "special group of friends" and it turned out to be a group of improvisors. His interest in comedy was reignited as he began performing short-form improv at the Cambridge Improv Incubator (a weekly "yes and" practice group), where he was an organizer and teacher. He then won an improv survivor contest, encouraging him to take classes at Improv Boston. He progressed through all levels and graduated in 2009. While at Improv Boston, he performed in several shows at the theatre including the Open Comedy Jam, Sketch Prov, Oral Tradition, Who's Afraid of the Improv, etc... as well as helped to produce events such as Geek Week and the 26.2 Hour Boston Marathon Improv Show.

After graduation, he co-founded the improv troupe Active Ingredients and became a principal member of Rebels Without Applauze, that performs throughout Greater Boston and New England. He is retired from both troupes now but still teaches improv and occasionally performs it.

Gio is a writer, director and producer as well as a SAG actor having appeared in Central Intelligence and Daddy's Home 2. He as appeared in several independent movies in principal and supporting roles. He continues to perform stand-up, improv and sketch comedy throughout New England and New York City. 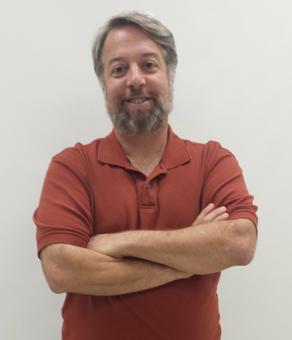 Giovanni was a v​olunteer for the Boston Marathon for 11 years having served as team captain of the water finish line area. He also fundraises for the Museum of Science and WBUR.

Born and reared in Woburn, Massachusetts, Giovanni Ilario Alabiso was first exposed to comedy in the womb when he had his first laugh. After the birth, his next laugh wasn't until the age of three when his cousin slipped on some ice and face planted in the snow. That face plant launched a thousand jokes, give or take a few, and Giovanni, known now as Gio,  embarked on a journey that would take him on a whirlwind tour of his relatives' homes. 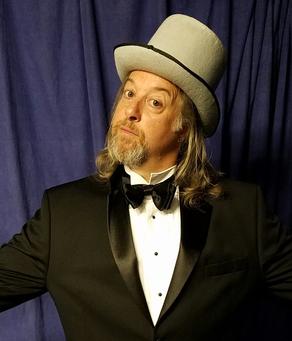